Could Credit Unions be a source for wholesale Social Finance? 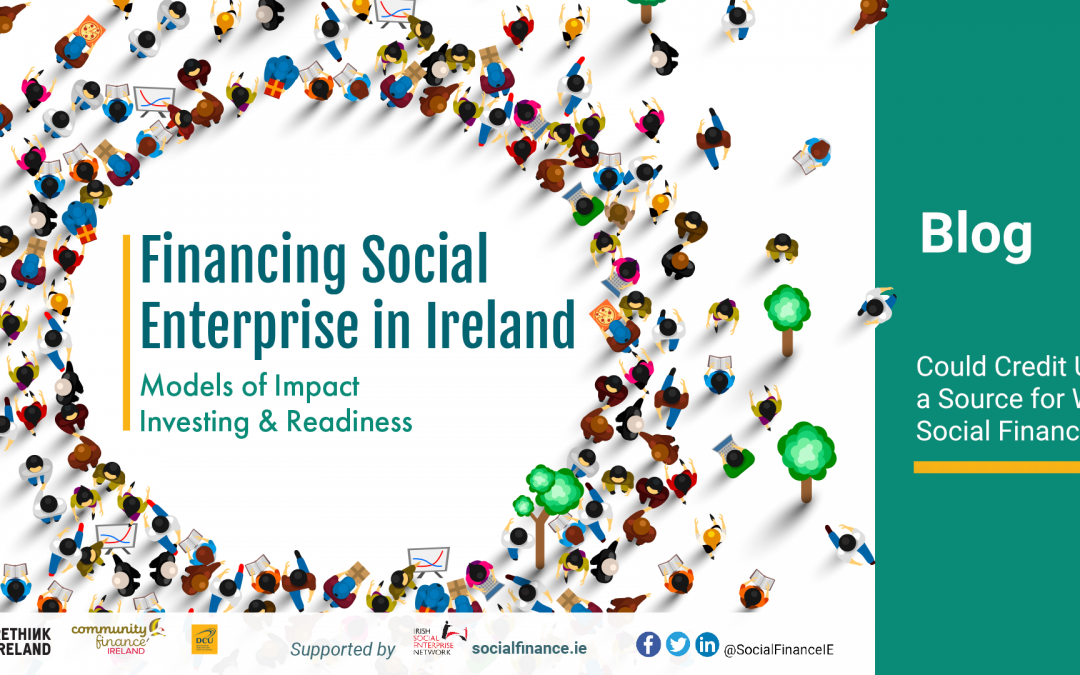 According to https://creditunion.ie , some 3.6 million members of the Irish Credit Unions affiliated to the Irish league of Credit Unions (ILCU) have amassed combined savings of €16.31 billion, with €4.89 billion being made available in loans to these same members (as of March 2021). Another 50 large Credit Unions are affiliated with the Credit Union Development Association (CUDA) whose member savings further bolster this asset base (https://cuda.ie ).

The Credit Union structure is very much driven by a not for profit ethos, existing solely for the benefit of its members, not stock markets. As is the case with Community Finance Ireland, a Credit Union is owned by its members. They have no hidden administration or transaction fees, with notable flexibility regarding loan repayments.

On the face of it, the capital from the local Credit Unions, and the experience of Social Finance Organisations, with a greater regional and national focus, would seem like a match made in some higher universe!  The purest form of community finance some might say.

One sector serves (almost exclusively) the individual within the community and is replete with capital, whilst the other serves structured collectives within the community, and is continuously seeking to diversify its source of capital – ideally on terms and conditions in line with the not for profit ethos which its ecosystem prescribes to.

Left to its own devices, the Credit Union continues to show an eagerness to think outside the box. In recent years, the “It Makes Sense Loan” project endeavoured to afford the most marginalised in society access to the Irish financial system. Even more recently, the development of a mortgage product from elements within the CU movement underpins this ambition to push on.

Indeed it should be acknowledged that a number of Credit Unions have already reached out to Community Finance Ireland with a view to collaborating on a capital deployment partnership. However, it is apparent that success here is dependent on sufficient buy in from the Central Bank as regulator, given this could be another new departure in the Credit Union’s attempt to have their deposits achieve maximum impact and, indeed, greater return.