Philanthropy and the potential for Multiplicity of Impact 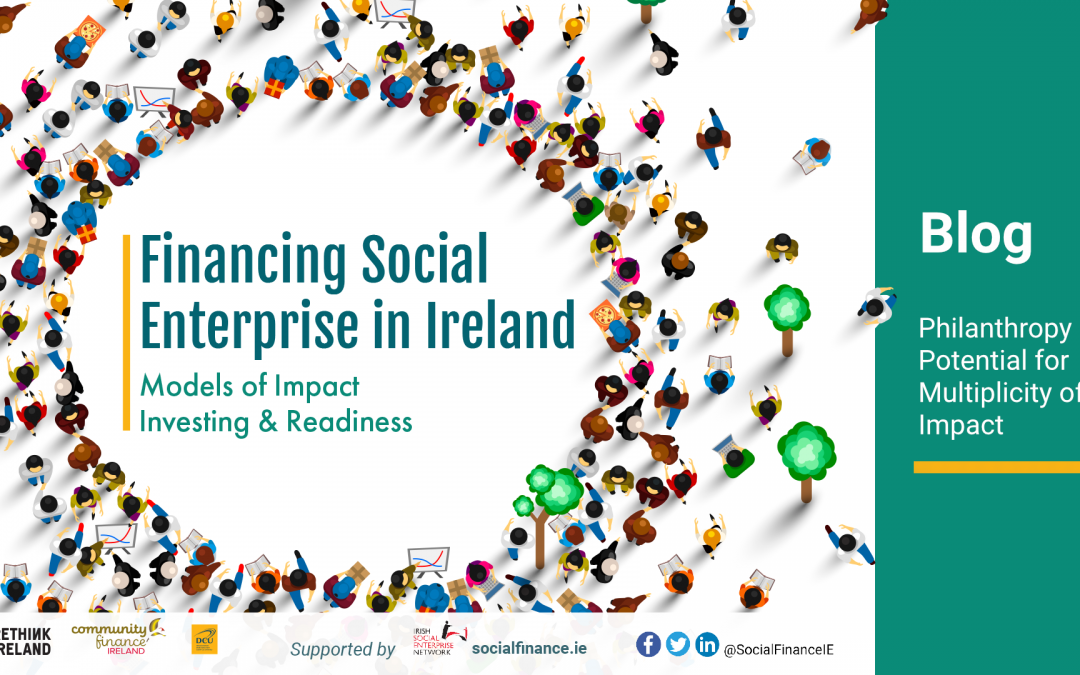 As an all-island body, Community Finance Ireland (CFI) is among those uniquely positioned to recognise the part Philanthropy has played in the economic regeneration and rural development of Northern Ireland and the southern border region over the past 40 years. Organisations such as the International Fund for Ireland, and The Atlantic Philanthropies became household names to those within the CVSE, given the millions gifted to communities in the name of employment creation, peace and reconciliation.

Yet a common denominator in every philanthropic fund is the finite level of capital available. As one catchy advertisement reminds us; “When it’s gone, it’s really gone!” To many this inevitability is understood, unless you have developed a total dependency on that form of support, without ever having been encouraged or facilitated to diversify between philanthropy and earned income.

Presently in Ireland (2022), the social finance instruments available to the CVSE sector take the form of short term bridging, and longer term loans (up to 15 years).  Across the island over the past 20 years, social finance providers such as Community Finance Ireland and Clann Credo have directly connected with communities and social enterprises to make well in excess of €200m in social finance available to groups. A good news story in itself.

Yet behind this figure is likely to be a similar quantum of request for support from potential projects which will have fallen outside the relatively flexible lending criteria in place for accessing social finance in its present construct. The bulk of social finance available today is sourced via the Social Finance Foundation, which in turn buys capital from the Irish Banks at an interest cost.

Thus, whilst these social finance providers are registered charities, both are charged interest on the capital they use, and carry risk on losses accrued. This dictates the level of risk appetite open to them in supporting projects which may be high on impact potential, but with little or no track record. The need to remain as credible, sustainable providers of social finance to the sector in Ireland overarches this policy.

Enter the idea of a capital source, seeking social impact first and foremost, and whilst repayments are not of paramount importance, it acknowledges the potential benefits accrued in the concept of recycling.

To date, a simplistic philanthropic model sees a gift made to a worthy cause, impact achieved once courtesy of this support, and the fund depletes over time.

A precedent set involves Community Finance Ireland partnering with another Belfast Charitable Society (BCS), whereby BCS made available funds for onward lending through the Building Better Futures Fund. By the end of the fund, CFI had facilitated BCS impacting 51 organisations, spread throughout Northern Ireland. All the capital was repaid, and available for use in other supportive causes.

By linking philanthropy with social finance, the possibility of this same altruism being recycled to have multiple social impacts across a variety of organisations that might otherwise never have been able to access repayable finance becomes possible.